JACKSONVILLE, Fla. – Live Nation and Bold Events today announced that vintage pop sensation POSTMODERN JUKEBOX and a cappella superstars STRAIGHT NO CHASER will join forces this summer for their first co-headline tour, including a stop at Daily’s Place on Aug. 2.

Fans of the two classic-meets-contemporary bands, both of whom mash up classic pop stylings and modern hits in their own unique fashions, can begin purchasing tickets this Saturday, Feb. 18, at 10 a.m. EST.  Jags365 and Daily’s Rewards Members will have access to presale tickets Friday, Feb. 17, at 10 a.m. EST.

Both bands deliver contemporary songs with timeless flair - the stylistic diversity, real musical and vocal skill, and dedication to craft of a bygone era. Straight No Chaser shirk the blazers and khakis of campus a cappella groups, training their jaw-dropping vocal prowess and soulful harmonies on past and current hits. SCOTT BRADLEE’S Postmodern Jukebox reimagines contemporary pop, rock and R&B hits in the style of various yesteryears, from swing to doo-wop, ragtime to Motown – or, as Bradlee himself puts it, “pop music in a time machine.”

In the process, both groups have found remarkable success and attracted dedicated fanbases who appreciate their unmanufactured talents and joyous energies. Since Bradlee created Postmodern Jukebox in 2009, the project has amassed more than 650 million YouTube views and 2.5 million subscribers, and chalked up more than 1 million likes on Facebook.  The multi-talented collective has interpreted hits by Lady Gaga, Beyoncé, The White Stripes, Lorde, Outkast, Radiohead, Maroon 5 and many more.

Straight No Chaser originally came together in the fall of 1996 at Indiana University, quickly setting itself apart from other a cappella groups with its contemporary repertoire and dynamic approach. They have released six full-length albums, three collections of holiday favorites and three that take on classic songs by artists like Elton John and Marvin Gaye as well as current megahits from Hozier, The Weeknd and Meghan Trainor. The group has played to countless sold-out audiences, making them continuously one of the top 25 touring artists in North America, according to Pollstar magazine.

Daily’s Place is currently under construction adjacent to EverBank Field, the home of the National Football League’s Jacksonville Jaguars.  A partnership between the Jaguars and the City of Jacksonville, the state-of-the-art facility’s 5,500-seat amphitheater and flex facility will sit beneath an iconic roof structure, creating a one-of-a-kind outdoor concert atmosphere. Details on all concerts coming to Daily’s Place can be found at www.dailysplace.com. 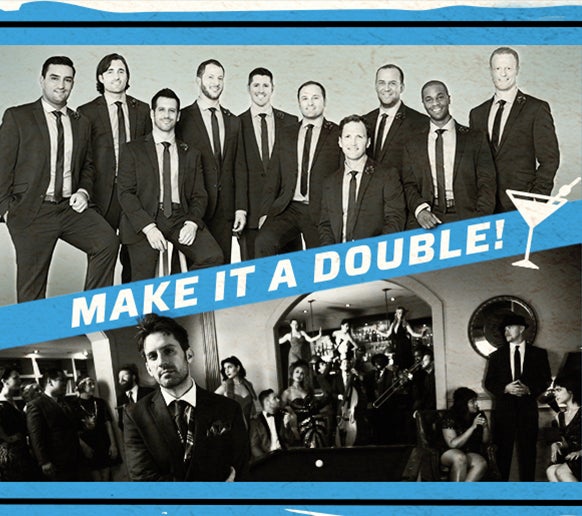