Tickets On Sale This Friday At Dailysplace.com

JACKSONVILLE, Fla. – Multi-platinum, Grammy-nominated band GOO GOO DOLLS will make a stop at Daily’s Place this summer on their Long Way Home tour, Live Nation and Bold Events confirmed today. Joined by special guest PHILLIP PHILLIPS, the show will stop in Jacksonville on Saturday, September 2 at 8 p.m. Tickets for amphitheater concert will go on sale to the general public at www.dailysplace.com beginning Friday, March 3 at 10 a.m. EST. Jags365 and Daily’s Rewards Members will have access to presale tickets beginning this Thursday, March 2, at 10 a.m. EST.

Goo Goo Dolls, featuring singer and guitarist JOHN RZEZNIK and bassist and singer ROBBY TAKAC, have been on the road consistently since the release of their 11th studio album, “Boxes.” They are one of the most globally respected and influential forces in popular music, selling more than 12 million albums since 1986. They have scored 14 Top 10 radio hits, including "Name," "Slide," and "Iris," the latter spending nearly 12 straight months on the Billboard charts and holding the No. 1 position for 17 consecutive weeks. The band has toured the globe countless times, performed in front of millions of fans, received numerous awards, including four Grammy nominations, and recorded and released 11 studio albums.

Since releasing his five-times-platinum debut single “Home” in spring 2012, Phillips has released two chart-topping albums and has taken his expansive brand of earthy guitar-fueled rock to stages across the globe. The Georgia-bred 26-year-old saw his first full-length effort “The World from the Side of the Moon” go platinum. In 2014, his sophomore album “Behind the Light” offered up the lead radio hit “Raging Fire." He is currently working on his third full length album.

Daily’s Place is currently under construction adjacent to EverBank Field, the home of the National Football League’s Jacksonville Jaguars. A partnership between the Jaguars and the City of Jacksonville, the state-of-the-art facility’s 5,500-seat amphitheater and flex facility will sit beneath an iconic roof structure, creating a one-of-a-kind outdoor concert atmosphere. Details on all concerts coming to Daily’s Place can be found at www.dailysplace.com.

For complete ticket information including all presales and ticket prices, please click here. 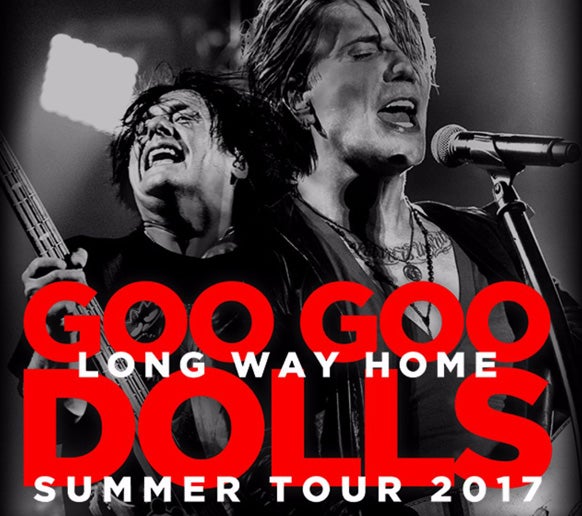