JACKSONVILLE, Fla. – Dave Matthews Band has announced its 2022 North American summer tour.  The extensive outing will kick off on May 11 and will make a two-night stop at Daily’s Place, Monday, June 6 an" />

JACKSONVILLE, Fla. – Dave Matthews Band has announced its 2022 North American summer tour.  The extensive outing will kick off on May 11 and will make a two-night stop at Daily’s Place, Monday, June 6 and Tuesday, June 7.

An online ticket presale for members of the DMB Warehouse Fan Association is now underway at www.warehouse.davematthewsband.com. Citi is the official card of the Dave Matthews Band 2022 Summer Tour. Citi cardmembers will have access to presale tickets beginning Tuesday, February 22, at 9:00 a.m. local time until Thursday, February 24, at 10:00 p.m. local time through the Citi Entertainment program. For complete presale details visit www.citientertainment.com.

Tickets will go on sale to the general public on Friday, February 25, at 10:00 a.m. local time. For the complete itinerary, see below or visit http://www.davematthewsband.com.

On Friday evenings during the tour, fans can tune in to DMB Radio’s “Friday Night Concert Series,” for weekly live broadcasts from across the country on the band’s dedicated channel on SiriusXM-- Ch.30.

Over the past two years, Dave Matthews Band has planted over 2 million trees through its partnership with the Nature Conservancy.  The band has committed to helping plant an additional one million trees in 2022. Concertgoers can join in this mission by adding an optional donation of $2 per ticket to plant a tree with The Nature Conservancy’s Plant a Billion Trees campaign – a major forest restoration effort with the goal of planting a billion trees around the world. The Dreaming Tree Wines, DocuSign and other tour partners have lent their support.   For additional details, visit www.dmbtrees.org. Along with the tree campaign, Dave Matthews Band will once again join forces with REVERB to neutralize carbon emissions associated with both band and fan travel, resulting in a Climate Positive tour. Dave Matthews Band has a long history of reducing their environmental footprint, and neutralizing tour carbon going back to their first shows in 1991.  Tour greening efforts and the band’s annual eco-village are in partnership with DocuSign.

Dave Matthews Band has sold more than 25 million tickets since its inception and a collective 38 million CDs and DVDs combined. With the release of 2018's Come Tomorrow, Dave Matthews Band became the first group in history to have seven consecutive studio albums debut at No. 1 on the Billboard 200. 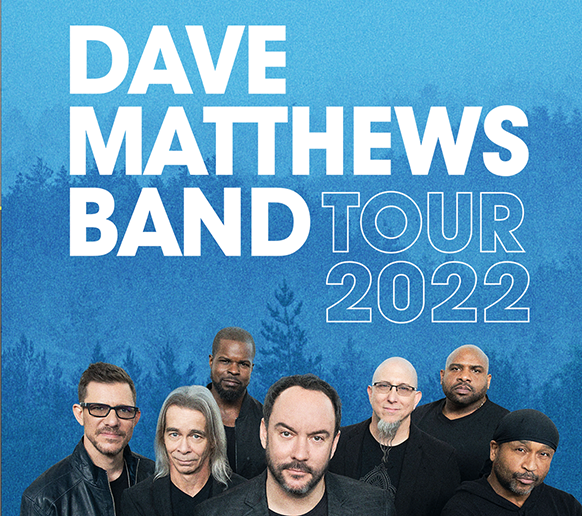