Tickets On Sale Starting Friday, January 14 at 10am ET at ticketmaster.com.

JACKSONVILLE, Fla. – Live Nation and Bold Events today announced that Chicago rapper, Lil Durk, has announced his 7220 Tour with a stop at Daily’s Place on Tuesday, April 19th at 7:00 p.m. ET with special guest Faye Webster. Tickets will go on sale to the general public at dailysplace.com beginning Friday, January 14 at 10 a.m. ET. Jags365 and Daily’s Rewards members will have access to presale tickets Thursday, January 13 between 10 a.m. and 10 p.m. ET. For complete ticket information, including all presales and ticket prices, please click here.

Chicago's Lil Durk is not only one of the forefathers of Chicago's drill movement that influenced a generation of rappers across the world, he's also one of rap's current stars. 2020 saw Durk release two gold-certified albums -  Just Cause Y'all Waited 2 and The Voice - which both peaked at #2 on the Billboard 200 chart and produced 12 Billboard Hot 100 entries. In 2021, Durk released his first ever chart-topping album, The Voice Of The Heroes with Lil Baby, which earned him a BET Hip-Hop Award for Best Rap Duo. Thanks in part to his prolific run of high-profile collaborations, including songs with Drake, Kanye West, and the 3x-platinum “Back in Blood” with Pooh Sheisty, Durk earned the honor of having the most Billboard Hot 100 chart entries in 2021 with 42. In addition to his own releases, Durk has experienced success through his Only The Family label venture, which catapulted the late King Von to mainstream recognition shortly before his untimely passing. The 2021 OTF compilation Loyal Bros debuted #12 on the Billboard 200 chart. 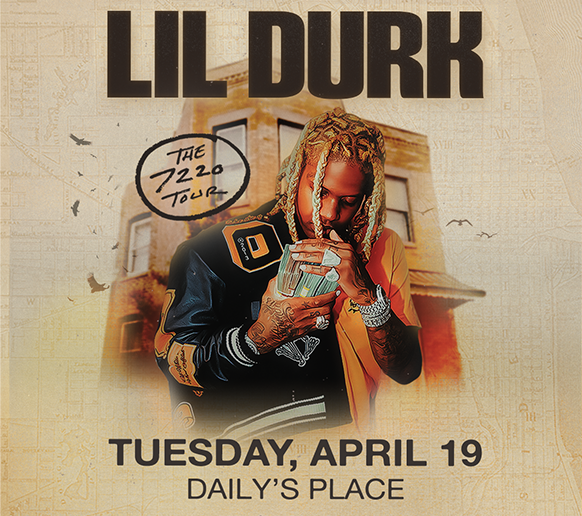