JACKSONVILLE, Fla.– Messina Touring Group and Bold Events today announced that current CMA Award Vocal Group of the Year and Album of the Year nominees Old Dominion will perform live at Daily’s Place on Friday, May 5 at 7:30 p.m. as part of their upcoming No Bad Vibes Tour. The amphitheater performance will also feature special guests Frank Ray, Kassi Ashton and Greylan James.

Old Dominion’s headlining tour announcement follows a massively successful run on superstar Kenny Chesney’s Here and Now 2022 Tour, which included 23 stadium shows this summer. Fans can catch the reigning 4X CMA Vocal Group of the Year and 5X ACM Group of the Year on their 30 date-run which kicks off January 19, 2023 at the Ford Center in Evansville, IN and runs through July 30th. Check out the full tour routing below.

Speaking about the tour, front man Matthew Ramsey said “At an Old Dominion show, I think we just want people to feel happy.  They should feel like they got to forget about whatever is bothering them or whatever’s weighing them down in that point in time.  Just come and hangout with us, and escape for a couple hours.  Then hopefully they walk out feeling a little lighter than when they walked in.”

In addition to their packed touring schedule, Old Dominion has been writing and recording new music which they have teased on their TikTok page. Fans have been eagerly awaiting new tunes from the band that will be released in the coming months. Their last album, Time, Tequila and Therapy, was released in 2021 and debuted in the Top 5 on Billboard’s Top Country Albums chart and is now nominated for Album of the Year at this year’s CMA Awards. 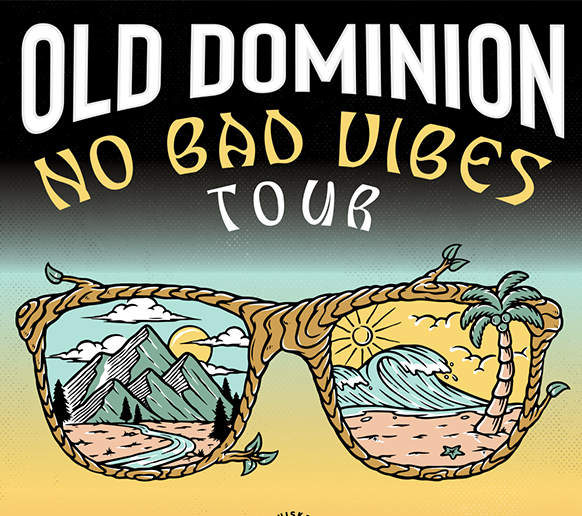