Styx and REO Speedwagon To Play Daily’s Place In July

"I called up Tommy Shaw last summer and we were both thinking the same thing: let's get the boys together, make some music, and have some fun. REO Speedwagon and Styx together is a head first plunge into the fountain of youth, an unstoppable force of nature. Add the amazing Don Felder to the mix and it's a thundering slam dunk,” said KEVIN CRONIN of REO Speedwagon.

REO Speedwagon's unrelenting drive, as well as non-stop touring and recording, jump-started the burgeoning rock movement in the Midwest. Platinum albums and freeform FM radio staples followed, setting the stage for the release of the band's explosive HI INFIDELITY in 1980, which contained the massive hit singles "Keep On Loving You" and "Take It On the Run," and spent 15 weeks in the No. 1 slot. To date, REO Speedwagon has sold 40 million albums around the globe, with HI INFIDELITY approaching ten times platinum status in the U.S.

Don Felder, former guitarist of the Eagles, New York Times best-selling author and four-time Grammy® Award winner, released his second solo album (and first since 1983), ROAD TO FOREVER, on October 9, 2012 and has been on tour throughout the U.S. ever since.

Daily’s Place is currently under construction adjacent to EverBank Field, the home of the National Football League’s Jacksonville Jaguars.  A partnership between the Jaguars and the City of Jacksonville, the state-of-the-art facility’s 5,500-seat amphitheater and flex facility will sit beneath an iconic roof structure, creating a one-of-a-kind outdoor concert atmosphere. Details on all concerts coming to Daily’s Place can be found at www.dailysplace.com. 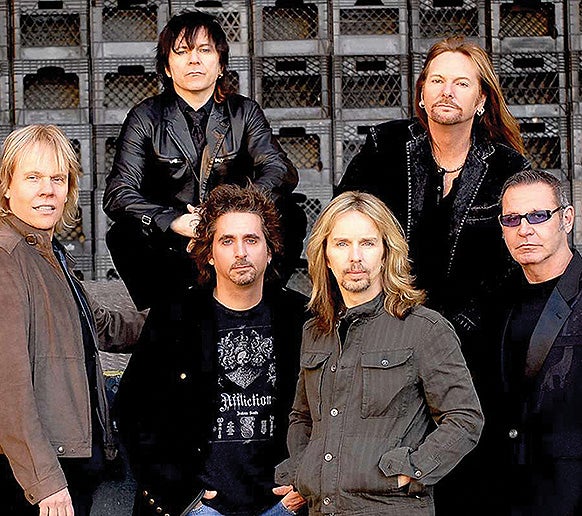