The diamond-selling band has additionally announced today that they will be hitting the road this summer on their upcoming Save Me San Francisco Wine Co Presents: Train – AM Gold Tour. Produced by Live Nation, the North American Summer 2022 tour will make a stop at Daily’s Place on Sunday, June 26 at 7 p.m. ET. Joining Train on the road is Grammy-nominated singer-songwriter Jewel multi-platinum rock band Blues Traveler as direct support. Will Anderson will also join as opening act. To celebrate the touring announcement, comedian, actor, and producer Ken Jeong recorded a special video message – watch here.

Of the upcoming tour, Monahan says, “2022 is the year of the Tiger. It has begun in a strong, beautiful, and encouraging way and it’s only the beginning. The 2022 Summer AM Gold tour will be all those things and more, as we are joined by our dear friends Jewel and Blues Traveler! What a ride! We can’t wait to see you all out there, dancing and singing along to their amazing music as well as our new album AM Gold. Is it June yet? See you then! Love and miss you all!”

Citi is the official card of Train – AM Gold Tour. Citi cardmembers will have access to presale tickets beginning Tuesday, February 22nd at 10AM local time until Thursday, February 24  at 10 p.m. through the Citi Entertainment program. For complete presale details visit www.citientertainment.com.

Since their formation in 1994, Train has had 14 songs on Billboard’s Hot 100, 12 albums on the Billboard 200 albums chart, and has sold more than 10 million albums and 30 million tracks worldwide. In March 2021, the band celebrated the 20th anniversary of their iconic, career-defining album Drops of Jupiter, and the following month, their global hit “Hey, Soul Sister” was certified Diamond by the RIAA, one of just 58 songs in history to reach Diamond status. The band is comprised of frontman Pat Monahan (lead vocals), Hector Maldonado (bass, vocals), Jerry Becker (keyboards, vocals), Taylor Locke (guitar, vocals), Matt Musty (drums), Sakai Smith (backup vocals), and Nikita Houston (backup vocals). 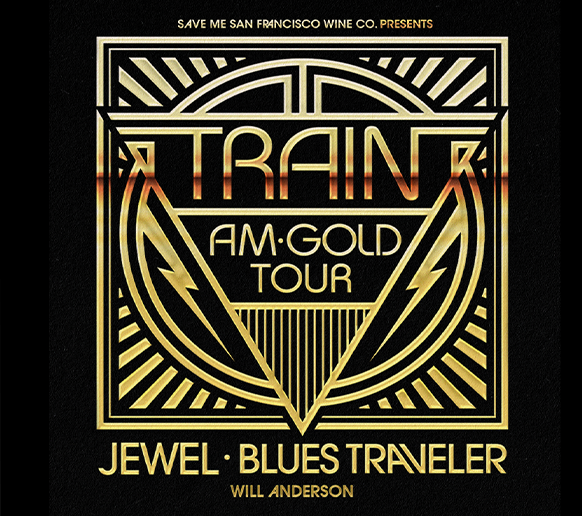